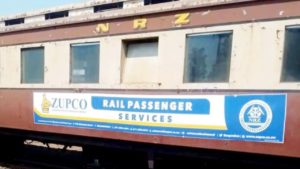 The old Organization Development (OD) law states that ‘Start where the System is’ and lead sustainable strategic change, facilitate continuous improvement and improve the human condition. Does this work in Zimbabwe and Zimbabwean institutions? My response to this is a resounding Yes; but only if the fundamentals are right?

What are the fundamentals? Who determines the fundamentals? How can we help people reframe their own mindsets and emotional sets? To what extent do the people trust the existing process and feel a sense of ownership in the process?

As I put the OD lens, here is my 2 cents? In addition to the many development initiatives that Zimbabwe and her institutions are putting to revive the economy, the recent development where ‘ZUPCO Partners NRZ to end Transport Blues’ was received with mixed reactions. Why? How? As is the case with any development initiative, the ability to reap the gains demand a whole new set of mindsets and emotional sets – mindsets and emotional sets that are not tethered to any personal or group gains.

The strength-based Appreciative Inquiry approach guides my thinking. AI focuses on searching the best in people or system, and amplifying what’s working rather than dwelling on problems. To start with, the ZUPCO-NRZ partnership model fully appreciates the challenges on the ground. The model seems to be built on possibility-seeking and the value that collaborative capital can bring towards facilitating positive social change. The OD idea of ‘starting where the system is’ recognizes the many challenges that the economy is currently facing and the challenges that the two institutions experienced and are experiencing (contextual intelligence). In recognition of these challenges, those leading the initiative should work with a mindset of humble learners rather than be swayed away with ‘popular notions’ or preconceived and pre-packaged approaches that might sound interesting but lack transformative value. The approaches to sustain the partnership should be embedded in deeper contextual intelligence rather than vague abstract conversations that are disconnected from reality. While embracing whole system interventions, the change leaders need to appreciate that multiple stakeholders hold different ‘mental modes’, hence integration rather than fragmentation is critical. As the envisaged system starts working, it is critical for the institution to facilitate values-driven, critical continuous stakeholder engagements that deepen co-creation and co-evolving approaches.

Secondly, any development initiative faces some form of resistance. The key questions are; What will people be resisting? What factors lead to that resistance disposition? Fundamental to whole system development is an understanding and appreciation of the sources of resistance and the mindsets and emotional sets around such resistance. In the multi-disciplinary OD practice, multi-stakeholder engagement is essential in managing any form of resistance through stimulating curiosity, imagination and enlightenment. Change leaders in the ZUPCO-NRZ initiative need to appreciate that resistance has value, real transformational value. To tap into the wisdom from resistance, there is need for humility and acute listening. Furthermore, those at the forefront of the creation and implementation of interventions need to facilitate generative, meaningful dialogue. Do people resist change? No, people resist the approach or process to change. What are the causes of the negative comments from the citizenry? Are the submissions valid or mere subjective statements directed at causing confusion and mistrust? In spite of the negative feedback, change leaders need to have a sense of courage in order to embrace and manifest the change initiatives, especially integrating the current intervention with other interventions such as HTE5.0 on Industrialization and Innovation. Are we really integrating these development interventions or we are adopting siloed creation and implementation approaches to system development?

Third and in line with industrialization and innovation, there is need to leverage emerging technologies to lead sustainable strategic change. In collaboration with other development interventions, this demands clarity with regards the state of technology within the two institutions, infrastructure at country level, state of technology in the region (SADC and Africa), and emerging trends in carefully sampled developed nations. This again require ‘starting where the system is’ and putting in place interventions to embrace the new and co-create sustainable futures. A lot need to be done at individual (effective Use of Self), at institutional, and national level in order to create space for the new to emerge. This is where leadership rather than mere criticism will support and facilitate the projected growth trajectory. Individuals, organized professional groups and the corporate sector, with a development mindset, need to facilitate conversations and create policy recommendations to get the development initiatives working and recommend measures to hold those driving the initiative accountable for poor performance. For the new to emerge, those leading the change initiative need to create psychologically safe spaces for growth and development – an environment for co-creation. Use of Self conversations need to be extended beyond those at the centre of the initiative and include educating the common man around their role in socio-economic development. Otto Sharmer’s Theory U, emphasizes co-initiating, co-sensing, presencing, co-creation, and co-evolving. These concepts are critical to the sustainability of the partnership and other developmental initiatives in the country.

The success of the development initiatives needs the adoption of leadership interventions that will help people to reframe their own mindsets and emotional sets towards collectively working for national development. A polarized community is not ripe for socio-economic transformation. Hence, are we not our own enemies? Even at organizational level, this is one question that those yelling for development and growth need to reflect on first. Can we set our differences aside, promote development-focused divergent thinking, engage in meaningful generative dialogue, be open to hold and be held accountable?

To shift from mere words and strategy crafting, what values are we setting for ourselves as we engage in such noble initiatives? How are we going to measure our commitment to the values? What is the manifestation of such values that we need to see everyday in the system as a way of determining positive social and economic change?

I highlight in this article what the science and practice of Organization Development (OD) brings to this discourse. OD is a philosophy aimed at elevating humanity. In order to facilitate positive change, the identity, premises, pillars, and values of OD should be deeply embedded in conversations around the ZUPCO and NRZ partnership and other such development initiatives in Zimbabwe. The field of OD is built on the dual identity, that is; Science of Change and Practice of Change. Most of the positive and negative feedback around this development can be evaluated using fundamentals of change & continuous improvement, and principles around improving the human condition.

The OD pillars that can sustain this noble development include Field Theory, Action Research, Whole System Thinking, Organization Learning, and Behavioural Science knowledge. These are cornerstones to any change and development initiative.

In as much as the OD field is theory-driven and data-driven, at the core of OD practice are its ‘missionary’ and emerging values. These values are quite fundamental to the development initiative and socio-economic transformation. With a focus on bottom-line growth, OD thinking is guided by humanism, community, democratic values, ecological balance, and social justice among other values. These missionary values need to be integrated with emerging values which Zimbabwe has defined through the Higher Education sector Innovation and Industrialization. Those leading the development initiative should encourage good conversations around the manifestation of such values. This also calls for ethical scrutiny and transparency among the change process.

A humble call for the growth of such initiatives in the country and across the continent is to create spaces that nurture a lot of gadfly mindsets who provoke sound discussions as an approach to ignite imagination.

For constructive dialogue on this, please reach out through justine@centreold.com